Artists’ Union England (AUE) - the first trade union for Visual, Applied and Socially Engaged Artists, is very pleased to announce that it has been awarded a Certificate of Independence.

This Certificate proves that AUE are independent of employers’ influence and that the union operates democratically for and on behalf of its professional membership.

The beginnings of this new trade union were in 2013, with a small number of visual artists who decided to do something to redress the fact that all other cultural workers had independent representation from a Trade Union, (e.g. Equity, Bectu and Musicians Union). Artists however - core workers in society who do much work in galleries, participation work with communities, in schools, with young people, elders, as well commission work etc – did not. The founding group decided they wanted to do something more about being exploited and all too often being asked to work for free (the average annual income for visual artists is between £5-9,000). So they decided to organise.

Three years on and a long bureaucratic process with the Certification Office, AUE raised the £4,500 cost for Certification, which took some doing - all the executive members are volunteers and still are. Many individuals have been very generous with donations including our sister trade unions, who have been very supportive throughout this long arduous process. AUE could not have done it without their support.
Artists’ Union England would particularly like to thank and acknowledge the generosity and support from Scottish Artists Union, Musicians Union, Bectu, Equity, Gftu - General Federation of Trade Unions, UCU and Northern TUC Regional Secretary Beth Farhat.

A new landscape for artists now exists: where these core workers now have a trade union to represent them, which will work for better pay and conditions across England; where they can work together to challenge exploitative practice, be represented independently and democratically and raise the bar for artists. 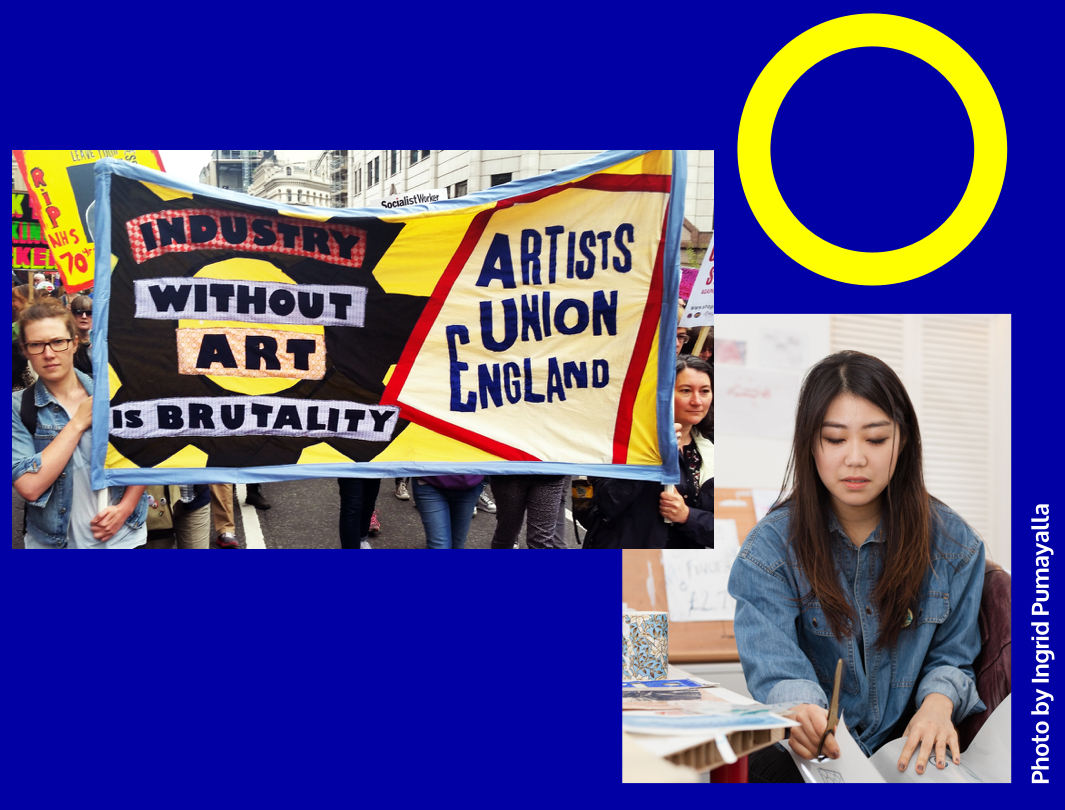